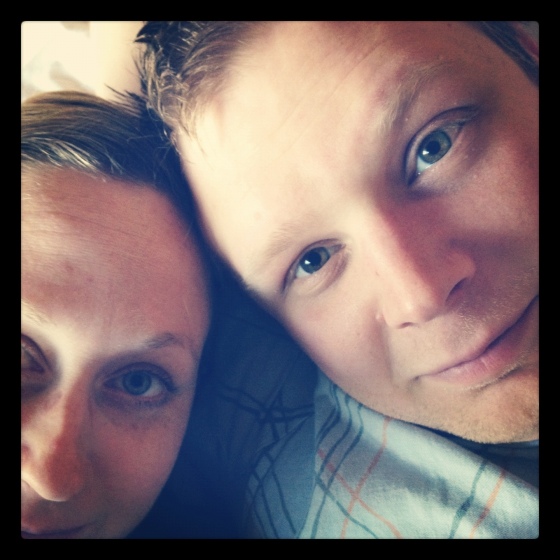 This man has been my rock over the past 10 years of our relationship. More then ever he has been amazing lately. The picture of a perfect husband during pregnancy. Reading books about the coming baby, coming to appointments, even doing what little cooking he knows how.

All that changed on Wednesday morning. Something still undetermined happened and he got sick. Not just sick, but something went wrong in his brain. He was vomiting and then became very confused. He was unable to speak intelligibly and would answer questions with incoherent nonsense. This landed us in the ER. I wasn’t too worried up until that point. He has become really dehydrated and sick in the past so I just assumed that was what was happening. When I watched a team of doctors ask him my name, and saw the pain in his eyes when he couldn’t find the words I knew something was drastically wrong. I watched him whisked off to CAT scan and MRI. Sat in the waiting room while they did a spinal tap, X-rays and and EKG. When a team of emergency doctors and neurologists are puzzled and worried, it’s hard not to panic. About halfway through this episode the thought that I may never have him back the way he was hit me. I finally broke down, realized this was serious and started calling family.

Those phone calls were almost more then I could take. It was as if by calling these people I was admitting this was real and I lost it.

After he came out of the MRI he began to come back to us. Slowly he was able to speak normally and recall names, dates and info. He said he was thirsty and hungry. He continued to vomit occasionally but the fact that he could look me in the eye and ask me if I was ok was everything.

They decided to keep him and over the next few days drew blood, took urine and did every test they could think of. Everything kept coming back normal, except for the EEG. The neurologists saw something abnormal nestled there between his brain waves. Enough to concern them. After three days they decided to let him go home, noting the risk of infection in a hospital and his desire to leave.

Although he left the hospital whatever this is has stayed with him. He’s constantly experiencing vertigo like symptoms, to the point where nausea medication is needed and he sleeps almost all of the time. The smallest things wear him out and the nausea is constant. Riding in a car is like torture, Talking on the phone, watching tv, and reading are all impossible.

So our roles have reversed, and my life is not filled with cooking and baking experiments. After spending the last three months doing almost no house work, and being taken care of, I am learning I am a lot stronger then I thought. Doing laundry and dishes, cleaning and cooking what little he can stomach are back in my life. I’ve realized I suck at asking for help from anyone outside of these four walls and I’m going to have to do so much more regularly. He can’t drive for at least three months and the next two are packed with doctors appointments and tests. Luckily we have amazing family around us who are willing and able to help in any way.

Going through this during what should be and what was one of the happiest times in our life has to be the hardest part. The focus has shifted off of the baby, and we’re no longer talking names, ultrasound and labor. It’s all nausea, EEG’s and when will our lives feel normal again. Watching him suffer and not being able to help is the most painful. Knowing there is nothing I can do to make him better kills me. I keep hoping the next time he wakes up he will feel better, I’ll get my husband back.

Tomorrow’s Easter. Last Easter I made a ham, a bunny cake and more. We had family over and celebrated the day. This year I’m just hoping for some improvement. Although I’m still thinking about making a bunny cake. 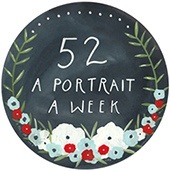