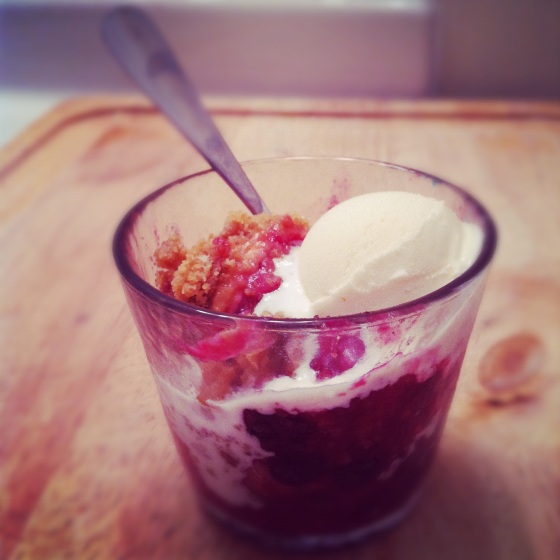 I made this crumble with my husband.  HE suggested it.  That we make it together.  Well actually it started as a pie, but ended as a crumble.  You see my husband has not cooked for us in a VERY long time.  He used to, back when we were dating, whip up pasta-roni from the box.  But it’s been a long time since we’ve had pasta-roni, and even longer since he has cooked.  Or baked.  I’m fairly certain the extent of his baking experience begins and ends with Jiffy corn muffins.  He did work in a bread shop.  Somehow none of this knowledge remained with him.  At all. 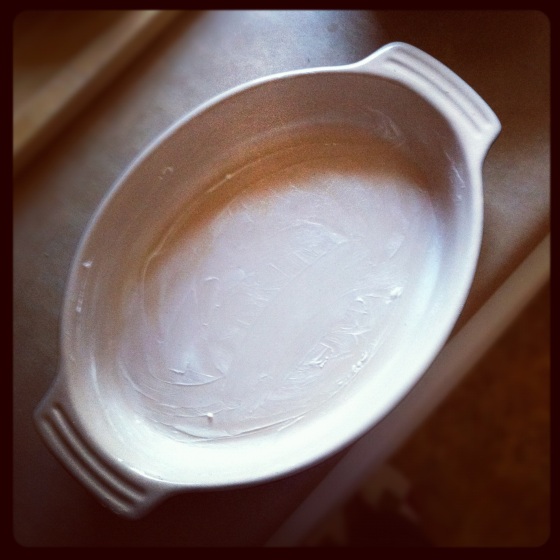 Needless to say, when he suggested we bake together, I was shocked. So I picked a crumble.  Pie seemed a little tough to start.  With the crust and the chilling and the rolling.  But there had been talk of berries and ice cream, so crumble seemed appropriate.

He made the topping.  I may have told him what to do, but he did it.  And mixed the berries while I added the cornstarch, lime and vanilla.  He helped me layer the entire thing in the dish.  It was pretty great.

1. Preheat oven to 350 degrees.  In a small bowl mix sugars, flour and chilled butter with your hands until mixture is the size of small peas.

2.  Mix berries, cornstarch and lime juice in a medium bowl.  Scrape the half of a vanilla bean with the side of a knife and add to berries.  Mix well.