There was a time when I didn’t like banana bread.  Or at least I thought I didn’t.  Maybe it was due to the fact that many varieties have nuts in them.  Which I am not a fan of.  A few summers ago, my husband and I stayed with my parents for a couple of months.  At some point we had a bunch of bananas, which were about to expire, so I decided to try my hand at banana bread.  My husband has long loved banana bread.  His mother often makes loaves of it and sends them home with us.  I too, have been converted. 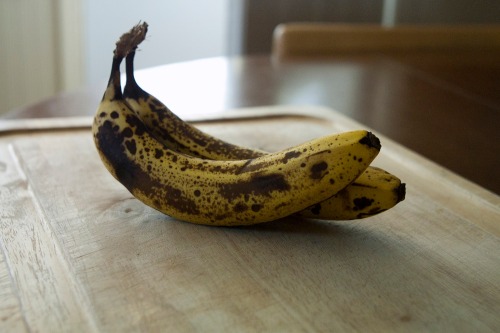 I do not put nuts into my banana bread.  You can if you like.  I think it ruins a beautifully fluffy loaf of bread.  Why would you want those crunchy chunks in there?  I was out of chocolate when I made this bread, alas it was sad, but still delicious.

This bread is almost magical fresh out of the oven.  The outside gets brown and crusty, while the inside stays soft and moist.  With a glass of milk and a bit of butter it is heavenly. 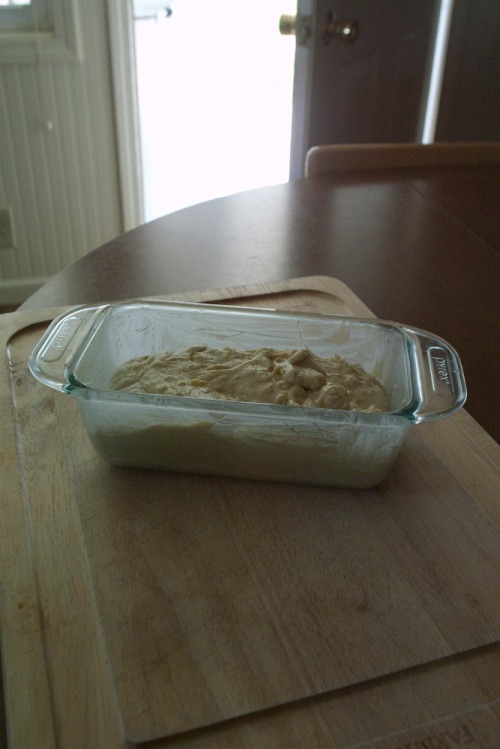 1.  Preheat oven to 350 degrees.  In a mixture using the paddle attachment cream butter for about 2 minutes.  Add sugar and beat another 2 minutes.  Add egg, bananas, milk and vanilla.

2.  In another bowl mix flour, baking powder, baking soda, nutmeg and cinnamon.  Slowly add dry mixture to wet until fully incorporated.  Add chocolate and beat until just incorporated.  This will break down the chunks just slightly.  Pour in large loaf pan greased with butter and bake for 1 hour, until top is deep golden brown and a toothpick inserted in the center comes out clean.  Cool for 15 minutes, then remove from loaf pan.

One thought on “Chocolate Banana Bread”